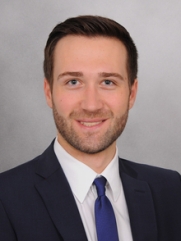 This is the first article of a series about PEGIDA’s controversial messages. It is written by Dr. André Haller, who works at the Institute for Communication Science at University of Bamberg, Germany.

He will follow for POP the activities and communication strategies of PEGIDA. For an overview about the Patriotic Europeans Against the Islamisation of the Occident, see his article published in November 2015. 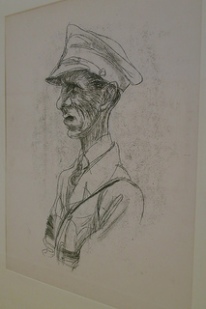 Nazi comparisons are sometimes used as quite tasteless rhetoric tactics to discredit political enemies. Especially the comparison with Nazi Minister of Propaganda, Dr. Joseph Goebbels, happened a few times in German history and generated much attention in the public discussion. Politician Franz Josef Strauß shouted to protesters in 1979: “You would have been the best students of Dr. Joseph Goebbels”. Six years later, Federal Chancellor Willy Brandt called his political opponent Heiner Geißler the “worst instigator in this land since Goebbels”.

Now, in 2015, the leader of PEGIDA (“Patriotic Europeans Against the Islamization of the Occident”) picked up the comparison once again. On November 2nd, Lutz Bachmann, the most popular personality of the right-wing populist movement spoke in front of thousands of supporters in Dresden. While talking about – in his opinion – false statistics of violent acts against refugees, he criticized Heiko Maas, the German Minister of Justice: Maas blamed PEGIDA for creating an aggressive atmosphere against refugees and volunteers. Lutz Bachmann reversed the allegations and finally called Maas “one of the worst intellectual instigators since Goebbels and Karl-Eduard von Schnitzler[1]” under the applause of the audience in Dresden.

The speech of Bachmann caused public outrage in the political system of Germany: The Social Democratic Party (SPD) demanded investigations against Bachmann. Thorsten Schäfer-Gümbel, chairman of the party: “Enemies of the constitution like Bachmann are clearly a case for the prosecutor and for the Office for the Protection of the Constitution.” All parties criticized PEGIDA for that speech which is in a row of other scandalous actions of the movement: Two weeks before Akif Pirinçci, a guest speaker at the demonstrations in Dresden, used a holocaust comparison and re-started the nationwide discussion whether PEGIDA is a forum for neo-Nazis and anti-Semitic thoughts.

Political communication research puts the question what function such provocative messages have. Although Pirinçci’s statement was obviously unacceptable for the PEGIDA leadership – the speaker had to stop his performance after the holocaust comparison – the movement seems to use provocations for certain communicative reasons. Each time PEGIDA provokes the public with aggressive claims or controversial actions the movement becomes part of the nationwide media coverage and receives attention. Moreover, public discussions about a shift to the right by the movement helped to strengthen inner-group solidarity. Media coverage can (and did) furthermore lead to a public conflict about the issue and help populist movements to distribute their ideologies as well as to promote their leaders. The “Theory of Intentional Self-Scandalization” is a scientific approach which explains such intended provocations. Stay tuned on POP for a short introduction with empirical examples about this communicative strategy and more updates about its use in the public discourse of PEGIDA.

[1] Von Schnitzler was a journalist in the German Democratic Republic who was famous for “Der schwarze Kanal” (“The black Channel”) which was a propaganda TV show against West Germany.

One thought on ““The worst intellectual instigator since Goebbels!”” 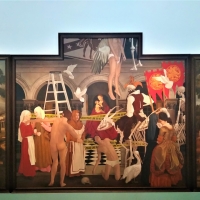 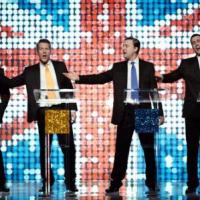