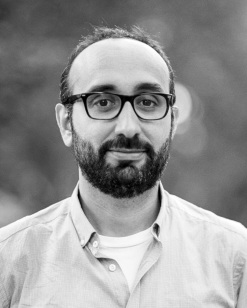 POP came back to Latin America for an interview with Prof. Rovira Kaltwasser, associate professor of political science at Universidad Diego Portales in Santiago de Chile. He is the co-editor, with Cas Mudde, of Populism in Europe and the Americas: Threat or Corrective for Democracy? (Cambridge University Press, 2012) as well as the co-editor, with Juan Pablo Luna, of The Resilience of the Latin American Right (Johns Hopkins University Press, 2014). His new book Populism: A Very Short Introduction, written together with Cas Mudde, will be published by Oxford University Press in February 2017.

The interview is very dense and full of insights about populism in Latin America and beyond, opportunity structures, political actors and parties, similarities with Europe, and peculiarities of the Chilean case. Enjoy the reading. 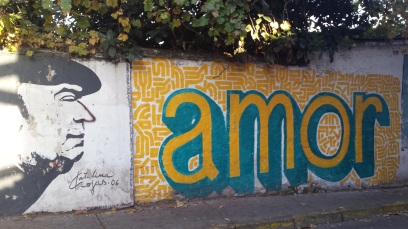 1) In November 2017 Chile will face Presidential elections in a climate of instability due to several corruption scandals, high inequality, and popular protests. The conditions seem perfect for a ‘populist storm’. Will we witness the end of the two-coalition system? Some populist actor might break the equilibrium and gain consensus in this situation?

I don’t think the conditions are ripe yet. The outcome of next elections will be very much related to the turnout level. We had municipal elections last October and the turnout was only 35%.

The fact that in Chile there are no successful populist forces is due to several interrelated issues: on the one hand, there is a lack of convincing populist agency (those who so far have tried to articulate a populist message are not very credible), and on the other hand, the student movement has been very reluctant in using a populist message.

Those who – in theory – could connect to that angry people are not using the populist language, but rather much more programmatic positions. For these reasons, nowadays I don’t think the conditions are ripe for a populist upsurge.

2) Don’t you think that the election of Jorge Sharp in Valparaíso could mark the beginning of a new political cycle in Chile based on a ‘rejection of politics-as-normal‘? A young leader coming from the students’ movement elected as mayor in the second biggest city in the country can be a signal of change?

Sharp is one of the leaders of the students’ movement and his rhetoric is quite anti-establishment – he claims that the two-party system is very corrupt for example – but the discourse about popular sovereignty is not really there. And even in Valparaíso the turnout was only 30%. Sharp got elected by the majority within the 30% of the people who voted, he is not a sort of Chávez who was able to mobilize millions of citizens.

3) Is it possible to claim that Chile’s political culture is essentially anti-populist given its history, in particular considering the neoliberal dictatorship under Augusto Pinochet and the rejection of left-wing populism in the style of Salvador Allende?

First of all I think Allende was a sort of ‘awkward’ populist. He used a fusion of socialism and populism, but like in the case of right-wing populism there is the question: what is more relevant, the nativist component or the populist one?

The populist language adopted by Allende explains its success, but also its failure.

After Allende we had 17 years of brutal dictatorship, and I think it took place a sort of ‘learning process’ within the left. It became clear that the approach used by Allende was everything but successful and therefore you can observe the moderation of the left to the point that some speak of ‘overlearning’ because they moved too much to the center and they accepted too much the neoliberal model. 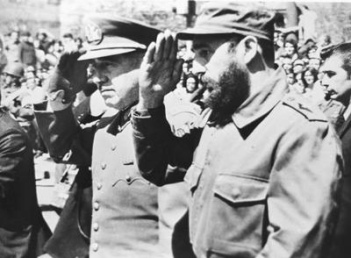 After this process there is little space for the rise of a left-wing politician in Chile articulating a populist discourse. The people would be very scared of hearing this kind of language because of the frightening memory of the past. This is why I do think that the student movement is not using such a discourse. They could use it if they wanted to, but I think that on purpose they are not using that. They have a clear anti-establishment rhetoric, because they keep saying that Chile has been governed by the left and the right but they all agree on the neoliberal model and they are both corrupt. However, they lack a people-centric approach when it comes to discussing how to solve the problems. Maybe isolated voices are trying to use that discourse, but I think it is a minority within the movement.

4) If populist discourses are a no-go area on the left, is it the same for right-wing politicians?

Well, yes and no. They are part of the establishment, so for them it is not really an option. But – and here it comes the crazy part – we know that it is possible to have an actor within the establishment that starts using the populist language to present him or herself as opposed to the establishment (think of Trump, Berlusconi and many others). In this sense I would not be surprised if an actor – either from the right – or the left would start using a populist language to say ‘I have always been on the side of the people, and I know how corrupt is the establishment because before I was working within the corrupted elites but now I am here to denounce the system’. In fact, on the right there is a candidate (Manuel José Ossandón) who has been playing a bit with this idea and recently started saying that in Chile there is a huge problem with immigration and that all the migrants who committed a crime should be deported.

5) Who will be the candidates of the two coalitions in the next elections?

On the left it is much more unclear because of internal rivalries. There is a candidate who is a senator (Alejandro Guillier) but is not affiliated to any party but is sympathetic towards a small party called “Partido Radical”, which was influential in the 1950s and 60s but now is very irrelevant. This senator was reading the news on TV for ten, years so he is very famous and his approval rate is very high because of his past as a TV news anchorman, not because of his political career.

6) The impression is that, so far, scandals of corruption and popular disenchantment lead towards abstention and low turnouts rather favoring the success of protest movements or populist actors, is that correct?

Yes, when you have around 35% of participation it means that you don’t know the opinion of 65% of the electorate. And here comes the interesting question: what would happen if there would be good populist candidates? In case they would be able to mobilize 10 or 15% of the electorate, this would be probably enough to go to the ballotage. Or maybe mainstream actors would again compete for the 30 or 40% of the people who actually vote, and this would be business-as-usual. This is why it is so difficult to predict. When the abstention is so high, it is very difficult to know what people want and how voters will behave on the day of the elections.

7) Chile is not an isolated case and in many other Latin American countries left-wing governments are confronted with popular discontent and corruption scandals. Do you think this might open the space for populist discourses and actors?

There is an ongoing debate about whether there is a turn to the right in the whole region. On the one hand, leftist parties have been very successful for a period of time (the so-called turn to the left). However, left-wing forces are now in a very dramatic situation, mainly because of corruption scandals. This is the case of the Partido dos Trabalhadores in Brasil, the Socialist Party in Chile, and to a certain extent the same is happening in other countries like Venezuela, Argentina and Ecuador. These parties have a serious problem: the electorate does not consider them as legitimate organizations anymore.  In this sense, there is not a collapse of the left, but a very problematic situation in terms of credibility, and you can say that the right is winning the battle. 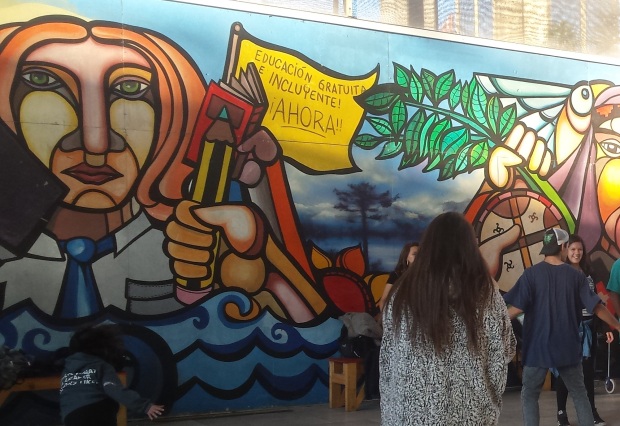 But if you look at what the right is doing in government, well, these are not hardcore neoliberal guys. Take, for instance, Mauricio Macri in Argentina, he is a very moderate actor. It might be that he wants to do certain things, but he knows he has not the majority, neither in Parliament nor in the streets. It is the same here in Chile: we previously had a right-wing government, which could not do major reforms, and even if they win next year, they would not have enough leverage to implement a truly neoliberal agenda. It remains to be seen what happens in Brazil, but I do not think that the new government will be able to implement major reforms: if they try to privatize large sectors of the system, they will have to face be huge demonstrations.

To wrap it up, the right is winning by default because the left is doing badly in elections, but this does not mean that the electorate wants to go back to the 1990s and the neoliberal agenda that was popular at the time. Therefore, I do not think that the right is winning because of its own agenda, but rather due to the failure of the left.

Concerning the possibility of right-wing populist actors in Latin America, this is not likely to happen because the issue of migration is not very salient. In Chile, for example, there is a bit of debate about this now but this is not the key issue for the electorate. In Latin America the success of the right would be related to authoritarianism rather than to nativism. This means by politicizing law & order. The key issue in many Latin American countries is crime; this is something that right-wing populist actors can try to politicize. For instance, look at Keiko Fujimori in Peru: she was not nativist, she is even of Japanese origins and therefore she would not play that card. If there is a winning formula, that would be a combination of populism and law & order. However, Latin America is a big region and there is a great variation across countries: while this type of discourse would help in certain countries, it might not work in others. 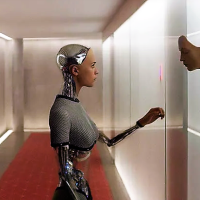 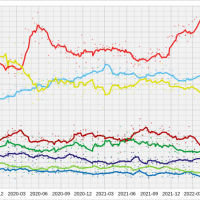 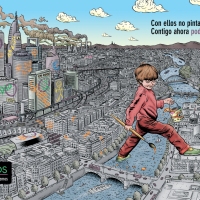 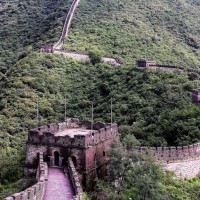 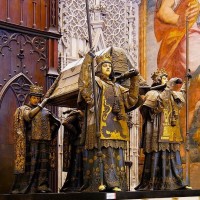 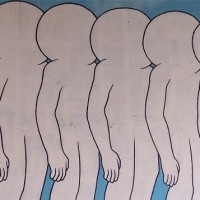