In this interview with Steven Van Hauwaert we discuss the reasons behind the success of the far right and its links to the dynamic processes that characterize social movements. Thinking outside the box, or beyond the classic demand and supply approach, is essential to understand the success and failure of far right parties: in particular, expanding political opportunities, mobilizing structures, and master frames —if analyzed together and combined with favorable socio-economic conditions— can offer a much more complete explanation for the emergence of far right parties.

END_OF_DOCUMENT_TOKEN_TO_BE_REPLACED

In this long and insightful interview Léonie de Jonge explains why populism is so successful and widespread in certain countries or regions while it is stigmatized or unsuccessful in others; the (few) similarities and (many) differences between the radical right-wing populist parties in Europe; details about cases such as France, Germany, Luxemburg, the Netherlands, or Portugal;  last but not least she warns against the dangers of #schmopulism.

END_OF_DOCUMENT_TOKEN_TO_BE_REPLACED 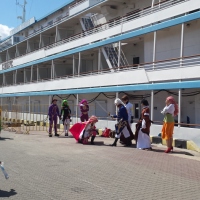