In this article, Bianka Vida explains how the Hungarian government uses gender as a rhetorical tool to strengthen its illiberal regime. The so-called “gender theory” is a threat to any right-wing populist government, including Fidesz in Hungary. Starting from the Hungarian example, Vida illustrates how gender is exploited by right-wing political parties to expand illiberal democracy. What is the role of the EU in this illiberal transformation, and what will be the future of Universities proposing courses on gender studies?

END_OF_DOCUMENT_TOKEN_TO_BE_REPLACED

Jobbik, the Movement for a Better Hungary (Jobbik Magyarországért Mozgalom), looks like Golden Dawn from a political perspective, but gained more credibility than the Greek goodfellas. In 2014 they obtained 20.54% of the votes, winning 23 seats in Parliament. In April 2015, Jobbik has won its first ever individual constituency in Parliament (by-election), taking the Tapolca seat with a narrow majority. People in Tapolca must be pretty bored, but this is understandable since the only attraction in the small city is represented by a 300-metre-long cave system.

What is astonishing is that the rest of the country hardly resists to the temptation of hearing this mermaid-neo-fascist-song. It is true that Jobbik has softened its rhetoric in recent years, gaining mainstream support. (For a visual proof, confront the two spots, from 2010 and 2014: here and here).

END_OF_DOCUMENT_TOKEN_TO_BE_REPLACED 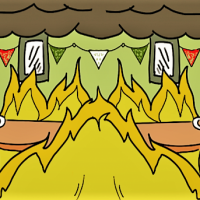