I publish the reply in full. Everyone is free to interpret it as (s)he sees fit.

Although I enjoyed our conversations very much, I think I will refrain from participating in your populismobserver.com blog. There is not a single blog (sic) there I even remotely consider, how should I say, near my experiences of reality. The hate and mischaraterizations are extreme and I can see that this kind of website is only interested in destroying completely any logical thought in order to promote an agenda.  1984 comes to mind. That was my initial thought on spending 10 mns on this blog.  I am shocked by the violent positions represented there and cannot see how anything I have to contribute would add anything positive.
I would enjoy further conversations with you but entering into this public domain would be out of the question.  I would fear for my reputation and perhaps my life if I wrote my personal experiences and thoughts for that audience.
Best regards
XXXXXXXXX
Below, you can find the questions I prepared.

1) Let’s start from the Republican candidates. The primaries, after three debates, did not show a clear candidate yet. First Donald Trump got the most attention (increasing his Twitter follower count by more than 22,000 during the first debate). The term Trumpism was invented, and he seemed to be the natural Republican candidate, as well as a perfect opponent to Hillary Clinton to the White House. But then REM, Neil Young and Aerosmith rejected Trump’s attempt to use their music to promote his campaign, and – more seriously – he did not perform particularly well during the third Republican debate. Is it because the front-runner a year before the elections is nowhere to be seen around election time? Or his momentum will come back?

2) Again on Trump, clearly the most fascinating political creature of this electoral campaign. Foreign Policy claims that  “Trump is part of a global phenomenon: the still-rising backlash against political leaders of all stripes, along with the media and cultural elites — in short, the establishment.” You have been living in France for a long time now: do you notice any similarity between Trump and other European populists such as Britain’s Nigel Farage, Netherlands’ Geert Wilders, and Marine Le Pen?

3) Let’s come back to the US. Select five Republican candidates and describe each of them with three adjectives, motivating your choice. (Let’s try to remain in the domain of the “politically correct” but without exaggerating).

4) Well, now please do the same with five Democrats of your choice.

5) Do you believe that one of the Republican candidates could be the final surprise, or the two-three names (Trump, Carson, Rubio) we heard so far will remain the most likely till the end?

6) Apart from the “name game”: what do you think the new US President should bring to the country? Which are the most important challenges for the next future?

7) Let’s draw a conclusion about the eight years of the Obama administration. Can you tell us one particular thing which you consider as a positive legacy of the last administration, and then five things on which you strongly disagree?

8) Last but not least: will Hillary Clinton be the Democratic candidate, or do you see any potential outsider?

9) Paraphrasing “The Newsroom”, can you tell us why America is the greatest country in the world? 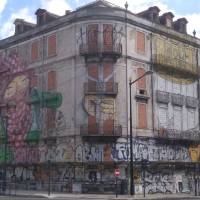 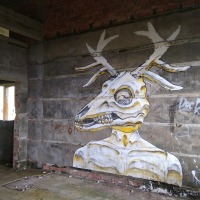